The USS Missouri battleship is docked next to the USS Arizona Memorial at Ford Island in Pearl Harbor. This massive ship saw action at Iwo Jima and at Okinawa during the conflict with Japan.

Most notably, the USS Missouri was also the location that the Japanese signed the WW2 surrender documents on September 2, 1945 in Tokyo Bay. 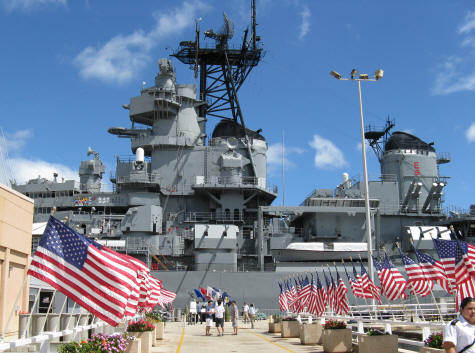 Visitors can take a tour of the USS Missouri and/or wander through the massive WW2 ship.

A bus service runs from the Pearl Harbor Visitor's Center to the USS Missouri every few minutes.