The exact location where the surrender documents were signed by representatives from Japan and the allied nations is cordoned off on the deck of the USS Missouri.

The Japanese surrender was taken in Tokyo Harbor on September 2, 1945 and officially ended World War 2. 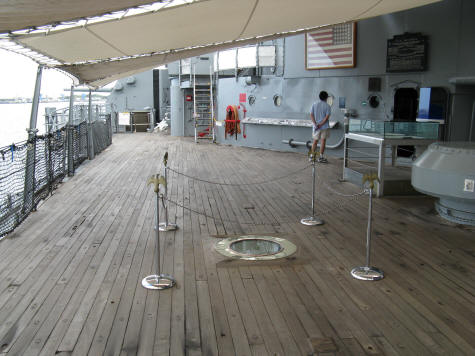 It is estimated that around the world over 70 million military personnel and civilians were killed during the war.