On December 7th, 1941, a wave of 350 Japanese bombers attached the USS Pacific Fleet.  They destroyed or badly damaged over 20 US warships and some 347 airplanes.

Among the sunken ships was the USS Arizona, which lost its crew of 1177 enlisted men. 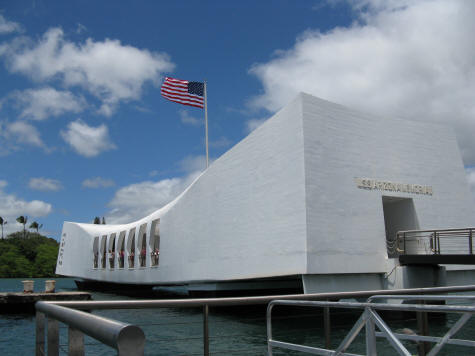 Tourists to Oahu Hawaii can visit the memorial that was constructed directly above the sunken ship.  A free ferry service runs from the Visitors' Center to the USS Arizona Memorial every 15 minutes beginning at 7:45.

To avoid long line-ups, it is strongly advised to arrive early and to obtain a free ticket immediately upon arrival.