The Harpoon Missile was introduced in 1977 and was manufactured by McDonald Douglas.

The weapon can be launched from submarines, fixed-wing aircraft, surface ships and coastal defense batteries. 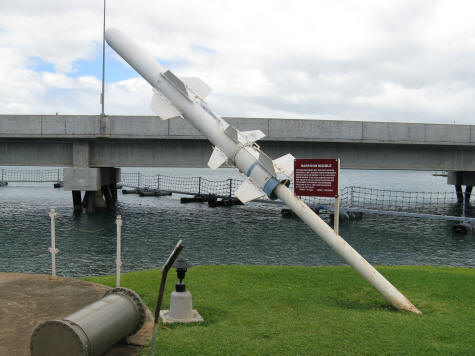 A Harpoon Missile is one of several missiles on display outside the USS Bowfin Museum at Pearl Harbour, Oahu Hawaii.