The Poseidon C3 Ballistic Missile was a two-stage solid fuel ballistic missile system that was used by the US Navy during the 1970s.

The missile could be deployed from submarines and had a range of 4,600 kilometers. 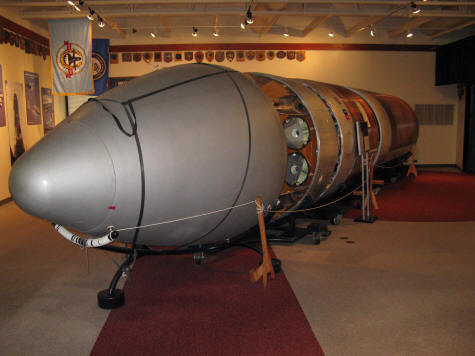 The Poseidon could deliver up to 14 thermal nuclear warheads.  One of the Poseidon missiles is currently on display at the Submarine Museum at Pearl Harbor on the Island of Oahu.