Pearl Harbor is situated on the Island of Oahu, a few miles west of Honolulu.

On December 7th, 1941 the United States Pacific Fleet was the target of a surprise Japanese attack.  The unprovoked attack resulted in America abandoning its officially neutral position in the conflict and participating in World War II.

Britain, Canada and many other countries had been at war with Germany and its allies since September of 1939. 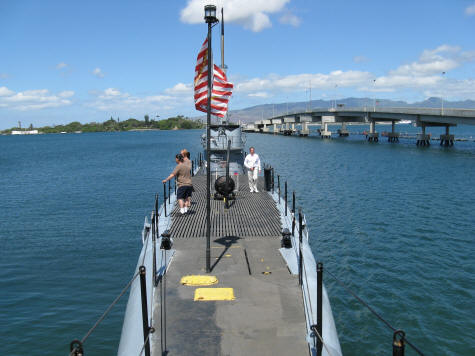 Pearl Harbor is the top tourist destination on Oahu Hawaii.  This portion of our site provides a brief overview of historical sites and places of interest at Pearl Harbor including the following: