Hawaii's State Capitol Building is an architecturally interesting complex located in the centre of Honolulu.

The contemporary building is situated next to Iolani Palace, Hawaii's former royal palace. 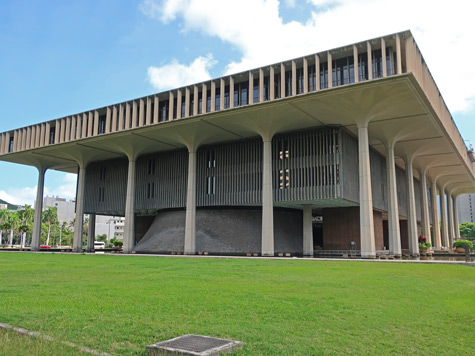 Hawaii became the 50th state of the United States in 1959.  Previously, it was a monarchy.