Pearl Harbor is the deep water marine port located in Honolulu Hawaii. On the morning of December 7, 1941, a surprise attack was launched on the United States Pacific Fleet by Japan.

The attack damaged or destroyed warships and aircraft and killed 2,403 American servicemen and 68 civilians. It was also the event that brought about U.S. involvement in World War II. 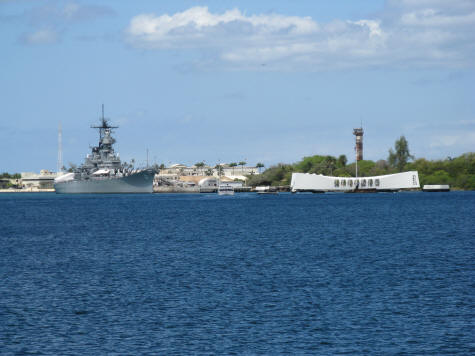